For every young person who dreams of coming to New York City to be on the stage, for every adult who has lived through that dream or is living it now and for everyone who loves Broadway musicals this live concert recording is for you.  On Sunday evening, April 29, 2012, at 7:30 p.m. New York’s City Center on West 55th Street was filled to the rafters to hear Kurt Peterson and Victoria Mallory, considered two of the brightest lights of Broadway’s Late Golden Age,  perform together publicly for the first time in over 40 years. I was lucky to be there that night and now, thanks to Sk-K-Boom Records, everyone can be too.

Kurt, from the Mid-West, and Victoria, from the South, were two kids each with dreams of coming to New York City and making it on the stage.  They did come and they met and they bonded immediately over their shared thirst to perform.  All the while they, independent of the other and sometimes together, sang the songs of, and performed on stage with, the best talents of Broadway in the late 1960s and early 70s. Broadway however can be a mean mistress and it didn’t allow them to stay together.  Still, the forever fickle Broadway, plus dreams of the stage in a younger generation, brought them back into each other’s lives. 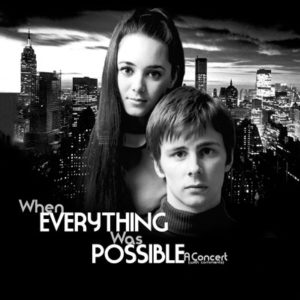 This beautiful concert was lovingly recorded and is sumptuously packaged, including many private black and white photos. Produced by Kurt’s James Williams Productions and by Stephanie Skyllas, it is distributed by theatre’s friends at Sh-K-Boom Records. In the concert, which is vividly captured, Kurt and Victoria each share their early dreams and tales of their early mis-steps and their fortitude to persevere. They first grabbed attention in the late Spring of 1968.  The New York Times announced on May 24th that two newcomers were selected by Richard Rodgers to star as Tony and Maria in the revival of the Laurents-Bernstein-Sondheim-Robbins classic “West Side Story,” to be produced by Mr. Rodgers and the Musical Theatre of Lincoln Center at the New York State Theatre that summer.  According to The Times, Victoria was 19 and Kurt 20, and both had graduated from AMDA just a week before.

They were on Broadway in three shows a piece, in two of which they both performed.  After “West Side Story” Kurt was featured in the original productions of Jerry Herman’s “Dear World” starring Angela Lansbury (1969),and later in the Stephen Sondheim-Michael Bennet-Hal Prince masterpiece “Follies” (1971). Victoria was also in “Follies” and in 1973, the original production of “A Little Night Music.”

Even with Ed Sullivan writing in July 1968, “Richard Rodgers predicts stardom,” after their “West Side Story” debut neither Kurt nor Victoria became big Broadway celebrity names.  Each of them however earned the highest respect from the most critical and discerning group of individuals in New York City–their professional Broadway colleagues and musical aficionados on both sides of the footlights.

In this concert recording Kurt and Victoria sing with more mature voices the songs they each originated on Broadway plus other songs from those shows, as well as songs they revived in other productions.  For Victoria, this included a revival at City Center of Bob Merrill’s “Carnival” and for Kurt, as a replacement in the off-Broadway original production of “Dames At Sea,” which had introduced Bernadette Peters. Kurt also sings from a revival of the Bernstein-Comden and Green classic “On The Town,” from which he was replaced before opening. Kurt was the driving force behind “Sondheim–A Musical Tribute,” the now classic one-night tribute in 1973 to Stephen Sondheim’s early work which is represented here too. 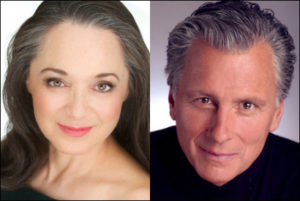 The years brought unexpected changes to each of their lives culminating in their reuniting for a series of concerts, of which this was the first.  Those concerts however were not fulfilled as Victoria passed away in 2014 after a sudden illness. The glory of their young vocal talents remain ever preserved in several original Broadway cast recordings of the earlier mentioned shows.  This recording preserves the maturity of their talents, the sound of their voices adding a depth to lyrics many of us know well.  It also preserves their mutual love and respect and the still youthful exuberance and wonder of days when, to quote Stephen Sondheim,  “everything was possible and nothing made sense.”

Having this unique and valuable recording in one’s musical theatre collection today makes a hell of a lot of sense to me.

“When Everything Was Possible” can be ordered directly from Sh-K-Boom.com.

Visit http://www.wheneverythingwaspossible.com for bios and for more pictures and information.