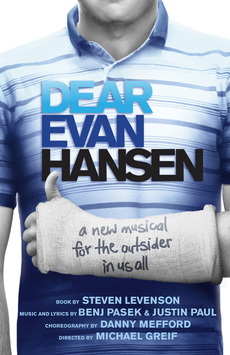 If you are in NYC, or plan to be by 6/5, AND you have an affinity with musical theatre or share a concern about where America is heading, I urge you to see “American Psycho.” It is truly the first modern, i.e., 21st Century, musical. Its genesis is the music video, not vaudeville nor the musicals of Broadway’s Golden Age. It is a funny and searing indictment of a time and place (Manhattan, 1989) whose values have brought us to a point in time where Donald Trump appears headed to become the Republican candidate for President. It also contains two of the most brilliant, and inexcusably overlooked, performances of the season–Benjamin Walker and Heléne Yorke.

This is not a show for children as there is coarse language and simulated intercourse as well as simulated acts of violence. It is a show for adults who like musicals that are challenging and cause one to think. A musical like “American Psycho” comes along rarely. Eventually, it will be re-mounted and recognized, but the thrill of this original Broadway production should not be dismissed.

See my earlier posts about “American Psycho” here and here.

“DEAR EVAN HANSEN” – NO
Closed May 22nd at Second Stage; opening on Broadway later in 2016

Some theatre-goers were commenting that this off-Broadway show was “superb,” so several weeks ago I went with hopes high, not knowing anything about it. Unfortunately, my elation quickly turned to annoyance and tedium. The book, by Steven Leveson, of teen-age loneliness and angst rang false and unrealistic. The show, to me, was poorly written. The first 20 or 30 minutes did not move the plot forward, it simply repeated: Evan is friendless and has some type of social anxiety disorder, wringing his hands and”Waving Through A Window.”  He is being raised by his single Mom who, I seem to recall, was going to school herself or working a second job. Evan’s therapist has instructed him to write a daily letter to himself (hence the show title,  get it?) encouraging himself that today will be a good day. Evan silently pines for a girl at school, Zoe, whom he believes barely notices him. The only true character conflict came in the last 15 or 20 minutes when Evan’s reprehensible behavior is revealed and his relationship with the other characters is now cracked and tested but the writers never explore this. Evan’s actions, supported and abetted by his teenage schoolmates, struck me as dishonest, disagreeable, despicable and emotionally cruel. The lone exception is the innocent Zoe, who becomes one of the victims of his inexcusable behavior.

With the exception of Ben Platt who is a good performer but too mature to be playing a teen-ager, the acting was poor all around. The score by Benj Pasek and Justin Paul (“Dogfight,” “A Christmas Story,” “James and the Giant Peach”) had no song that caught my attention nor whose melody I even remember. The point was made numerous times that Evan and his mother were abandoned by the father/husband, so there was no need for a useless song about a baseball glove, “To Break In A Glove.” The plot made the point repeatedly of Evan’s strong affinity for jazz music, and in which music class he first set eyes on Zoe, yet there’s not one note of jazz music in the score. It’s all blue-grass, guitar and banjo strumming and depressing.

Michael Greif’s direction was basic and unimaginative with nearly every song sung downstage and to the audience and with little to no connection between the teen-agers and adults on stage. Act One ended for me with no reason to return. I did because I was still hoping there might have been a positive reason to have sat through the first act. There wasn’t.  The show was over-produced–sliding panels gliding on and off, back and forth, onto with were projected images of teen-age emails and instant messages. The reason for these being, I suspected, to distract the audience and maintain attention while masking the fact that nothing was truly happening.

Some folks appear to be making much of this show and its supposed relevance to today. To which I strongly disagree. This show will date quickly. The Broadway audience for this show strikes me as limited at best. I recognize that many people believe this show is superb with fine music and lyrics, and that I’m in the minority. In my opinion, the reason for this Evan Euphoria stems from an unconscious collection of critics and fans of Pasek and Paul who sympathetically believe attention and recognition is due to this creative team. “Dear Evan Hansen” will not survive a transfer. The theatre work of Pasek and Paul up to now will not stand the test of time. Let’s see what they write in the future for the theatre, after they mature and leave the children and young adult shows and films behind them. 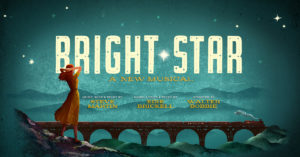 My opinion about the score’s overindulgent use of repetitive lyrics and false rhymes remains unchanged from my first hearing of the Broadway Cast Recording (Sh-k-Boom/Ghostlight). Since seeing the show at the Cort, however, which gave context to the score I found that I truly enjoy listening to the cast recording. Truly, truly. The show’s book is simple, straightforward, even predictable. Still it’s full of heart. It also has one of the season’s brightest Broadway debuts, Carmen Cusack. See this for her.  See it too for Alexander Paul Nolan, Hannah Elless, A. J. Shively and Emily Padgett, all who deliver fine performances.  You’ll also have a good feeling have when it’s over, and you’ll be glad you went. Don’t be surprised to find Steven Martin, one of the co-writers, showing up to play the banjo in the Entr’acte with the on-stage band. He’s known to do that.

See my earlier posts on “Bright Star” here and here.